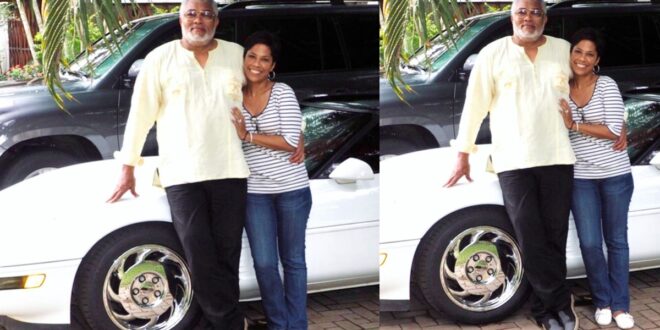 Nathalie Yamb, late President Jerry John Rawlings’ supposed side chick, posted a photo of him and announced how much she missed him.

Late President Rawlings died in November 2020, but  Ivorian ambassador, Yambs still misses him and wished he had not been forced away by the frozen hands of death.

After posting some romantic images of herself and the late President Rawlings at the time of his passing, Nathalie came onto the scene.

She boldly claimed that she never pressured his wife, Nana Konadu Agyemang, to be cheated on by the statesman and could not be criticized or branded a homewrecker.

The Ivorian diplomat posted another picture with the late President, showing that she still misses him.

ALSO READ  "It’s better to be Davido’s house boy than to be a bank manager" - Davido's P.A Aloma says - video

With laughter on their lips, both of them were seen cuddling each other, standing by a motorcycle.

“She captioned; “Today for 3 months. So missing dearly.”