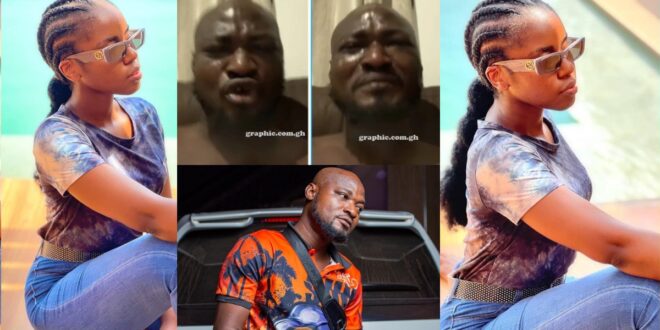 “I know depression when i see it, Funny face needs help”- Mzvee

Vera Hamenoo-Kpeda, a Ghanaian songstress, popularly known as MzVee, reacted to the struggle that Funny Face is going through.

On several times, Funny Face has claimed that when he is depressed, and he rants more on social media.

We are all witnesses to his acts that culminated in his arrest.

Following his detention, the ‘Kasoa Trotro’ star used some derogatory words against the Ghana Police Force, and also tried to sue them for $5 million.

In an interview with Fiifi Pratt on Kingdom Plus FM-chanced by buzzgh.com, reflecting on this tragic development, MzVee, who also went through depression a few years back, discussed what might benefit him.

Funny Face needed someone who could support him get out of the crisis, the ‘Natural Girl’ singer said.

I recognize depression really well because in 2018/2019 I went through it, but I realize he’s not okay. MzVee said, “I pray that he gets the people who love him to come to his aid and help him get out of this situation.”