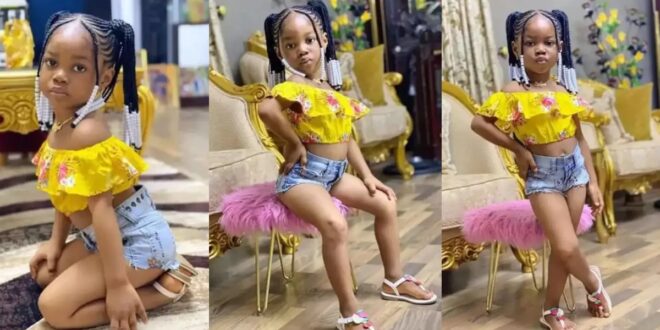 “Does this make sense?” See the Photos Of A 4-Year-Old Girl That Get Everybody Talking (photos)

Some images are currently trending on social media; they show a young girl, estimated to be between the ages of 4 and 5, wearing adult-style clothes dressed like a slay queen.

About the fact that she looks great in the clothes, some people think she is too little for that lifestyle.

Moving on, the clothing has elicited a variety of responses on social media. As We previously said, many people believed it was totally unacceptable for children to wear such clothes. However, some people say that the clothes are in good condition.

see photos of the little girl as well as some few reactions that came with it.