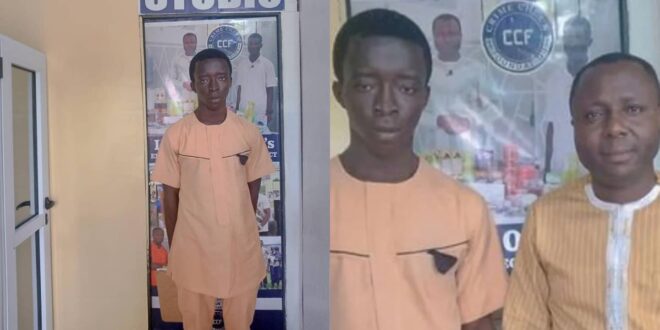 In 2016, Abu Sufiano Yahya was sentenced to 12 years in jail for stealing a woman’s handbag in Kumasi, Ghana.

Yahya’s imprisonment does not deter him from pursuing an education. He took the BECE exams with the support of fellow inmates and wardens, and he graduated with an overall score of 16.

Yahya was fortunate in that he was successful in his appeal and was released from jail in December of last year.

Yahya pursued entry into Ghanaian high schools to pursue his studies, according to Crime Check TV GH, with the aim of being a nurse.

He was, though, turned down because he was a convicted felon. On Facebook, Crime Check TV GH shared Yahya’s troubling news, writing: “Unfortunately, Yahya, whose dream is to become a nurse, says three secondary schools have denied him admission after learning he is an ex-convict.”

“Are we by this shameful conduct not relegating the essence of the reformation and rehabilitation function of the Prisons Service to the background? Is there a law that says ex-convicts should be barred from pursuing higher education? Can some lawyers help us here?” it queried. “Our sentencing regime is problematic.

ALSO READ  Akwaboah: "I'm not quitting despite challenges in my music career"

12 years for snatching a handbag? Anyway, what do I know? And the uncivilised public schools denying an ex-convict education too what’s their problem? When at all are we going to get basic things right in this country? Hmmm,” the administrator of the page wrote.