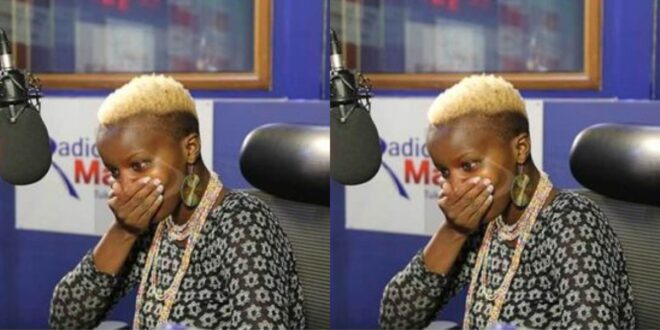 Live on the Radio Maisha Morning Show, a 26-year-old Kenyan woman admitted that she once ate human flesh and made love to snakes. 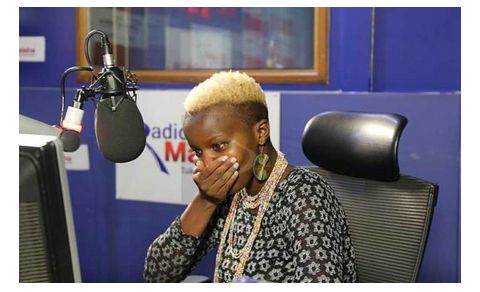 The mother of one, known as Cecilia Wambui, told radio host Emmanuel Mwashumbe that in order to attract rich men, hunger pushed her to commit satanic rituals.

“I WAS 17, AND IN FORM FOUR WHEN I MET A DRIVER WHO MADE A PASS AT ME. COMING FROM A VERY POOR FAMILY, I WAS IMPRESSED THAT HE OWNED A TV, GAS COOKER AND RADIO. I ELOPED WITH HIM BUT WE BROKE UP WITHIN THREE MONTHS. I WAS PREGNANT FOR HIM BUT I TERMINATED THE PREGNANCY”

Wambui, who admitted that she had lost count of abortions since the first, added that she had bedded more than a hundred men between the ages of 17 and 25 and had been married five times.

She also revealed that a Satanic church had spiritually enslaved her, causing her to sleep with dark spirits, snakes and eat the flesh of humans.

ALSO READ  Lockdown Boredom: Lady Calls For Alcohol Challenge As She Empties One Bottle Of Alcohol In A Few Seconds - Video

“I SOUGHT TO GET SAVED AND WAS INTRODUCED TO A FAKE CHURCH WHERE I USED TO SLEEP WITH SPIRITS. I COULD JUST SIT AND FIND MYSELF IN MORTUARIES AND BURIALS.

I JOINED THE CHURCH IN FEBRUARY AND DIDN’T FEEL THE NEED TO SLEEP WITH MEN AS SPIRITS WOULD SATISFY MY NEEDS. IT GOT TO A POINT WHERE I WAS ADDICTED AND WANTED TO SEE GORY IMAGES LIKE DEAD BODIES BEING WASHED IN THE MORGUE”.

Wambui also alleged that she was brainwashed by the church pastor and forced to marry a member of the church she had met for a very short period. She also confessed that in her dreams, the pastor tormented her and ordered her not to visit a doctor when she became ill because she would be cured by God.

“THEY HAD BRAINWASHED ME; THE PASTOR TOLD ME TO GIVE HIM ALL HOUSEHOLD ITEMS AS THEY WERE BOUGHT BY ‘SPONSORS’. THEY ORGANIZED MARRIAGE WITH ONE OF THE CHURCH MEMBERS SAYING ‘HEAVEN HAD DECIDED THAT I MARRY HIM’- WE HAD KNOWN EACH OTHER FOR THREE WEEKS.

WHENEVER I SLEPT, I DREAMED OF THE PASTOR TELLING ME TO TOUCH HIS PRIVATES, AND A BLACK SNAKE WOULD APPEAR. I USED TO ENJOY IT AND FELT IT WAS OKAY. THE SNAKE WOULD APPEAR WHENEVER I CLOSED MY EYES; I FEARED SLEEPING IN MATATUS (KENYAN COMMUTER OMNIBUSES). I STARTED GETTING SICK BUT THE PASTOR TOLD ME I SHOULD NOT GO TO THE HOSPITAL AS ‘GOD WOULD HEAL ME’.”