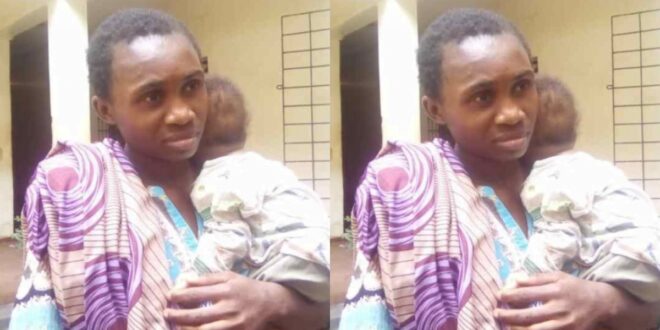 The viral article filed by Instablog9ja outlines how a 32-year-old mother, Victoria Chekwube (also a prostitute) was arrested for trying to sell her four-month-old baby boy due to hunger and other economic hardship. 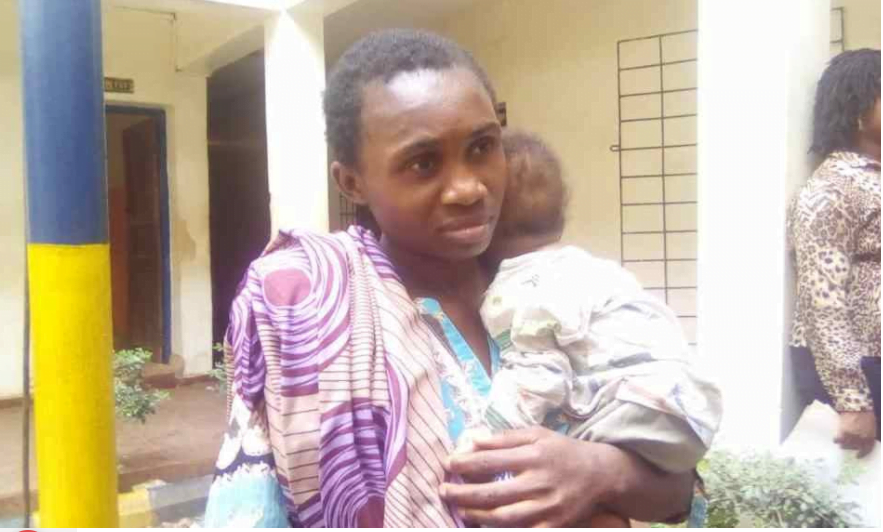 Furthermore, the website claimed that the prostitute, who stayed on the demolished market along the Ogbee Hausa axis in the metropolis of Abakaliki, where she became pregnant, for a man yet to be named, said she wanted to sell the child to collect money to start a drinks company.

The good-spirited people she approached and suggested her intention to sell her little baby boy, Victus Chekwube, notify the police about her plot, which led to her arrest afterward.

“One of my customers, who paid me N5,000, slept with me without a condom and after that day, I missed my period.

So, this is why I came to be in this condition. I am suffering and I’m even finding it hard to eat. This child, four-month-old Victus Chekwube, is my child. But I want to sell my child because I cannot take care of him.

I want to sell it for N40,000. I can’t guarantee the child’s safety, because I am suffering and I want to go look for my future. I want to sell the baby at the rate of N40,000 to start up a business. I have a fridge and I reside at Ogbe Hausa in Abakaliki,”.

Loveth Odah, the police spokesman in Ebonyi, who reported the arrest, said;

“So her name is Chukwube Victoria, she told us she is a commercial sex hawker and that she has this baby which she carrying.

She said if she leaves here she would continue to look out for prospective buyers. But we tried to talk to her and to make her see the value of being a mother, but she refused. She even told us that if we allow her to go home with the baby she will throw the baby away and that she can’t tell who got her pregnant.”