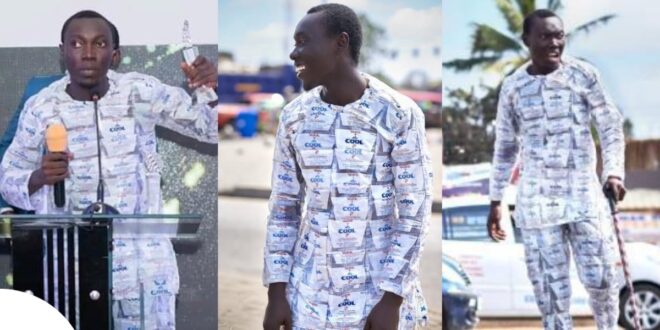 A 19-year-old level 300 student studying philosophy and archaeology at the University of Ghana, known as Craig Owusu, wowed Ghanaians as he produced an outfit using water sachets. 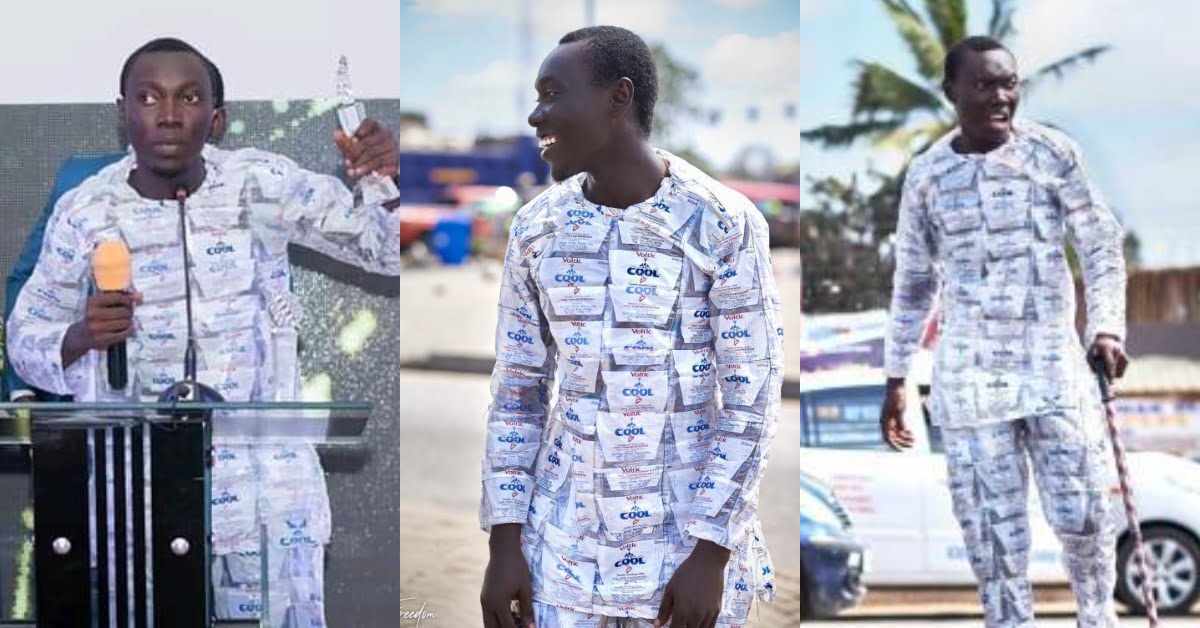 He graduated from Osei Tutu Senior High School from what we received from Craig Owusu before being enrolled at the University of Ghana.

He took part in the Youth Development Awards and was able to receive an award as a diploma because of his exploits and creativity.

Using Voltic pre-water rubbers, the Kaftan cloth was developed from which the inventive young man was also able to make some slippers.