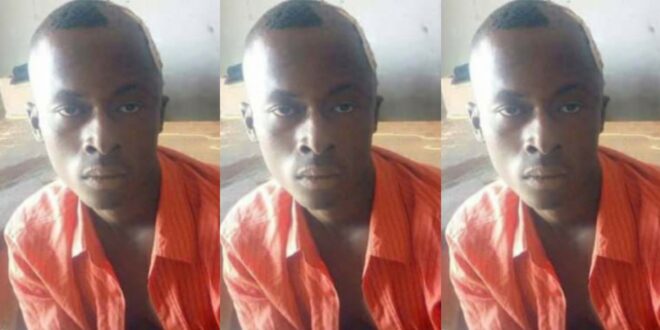 An 18-year-old boy, identified to be a Nigerian called Abdulkarim Adamu has been nabbed for reportedly stabbing his 21-year-old mate, identified as Ayuba Hassan, to death during a clash over a cell phone.

According to Instablog9ja, the command’s spokesperson, DSP Suleima Nguroje, disclosed the unfortunate incident that occurred on Tuesday, April 14, in Mubi North LGA of the state, in a statement on Saturday, April 17.

As per the suspect, who reportedly admitted to the murder, he, the deceased, and two of their friends went to bed after a failed attempt to rob jerrycans containing gasoline from a local filling station.

Fortunately, when he awoke in the middle of the night, he discovered his phone, valued at N55,000, was gone. Just Ayuba, according to his two colleagues, came to the house as he was sleeping. However, when he approached Ayuba the next day, he denied taking the handset.

ALSO READ  #DateRush: Bella dumps Kodark for another musician who promised to buy her Benz

After a heated argument, the two decided to compete on the riverbank with the help of their two mates. Ayuba allegedly threw a stone at Abdulkarim on their way to the water, causing him to take out a knife and stab him twice in the hand and stomach.