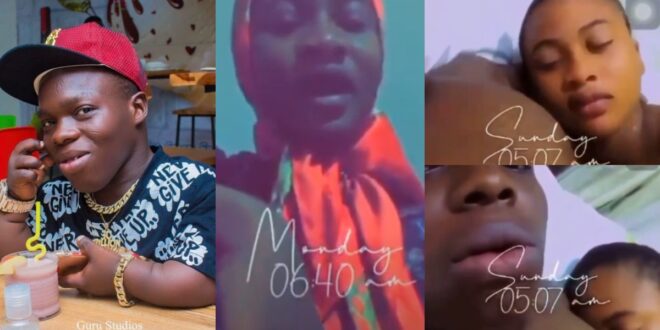 The teen who was seen in bed with Shatta Bundle has responded to allegations that he was raped by the celebrity.

On Easter Sunday, a video of Shatta Bundle in bed with a little girl went viral, eliciting mixed reactions from social media users.

Shatta bandle, she says, never had any s3xual intercourse with her; it was just a fun time they had together.

She went on to say that because Shatta Bundle is a star, everybody wants to take a picture with him, so she did as well.

See her describe herself in the video below.