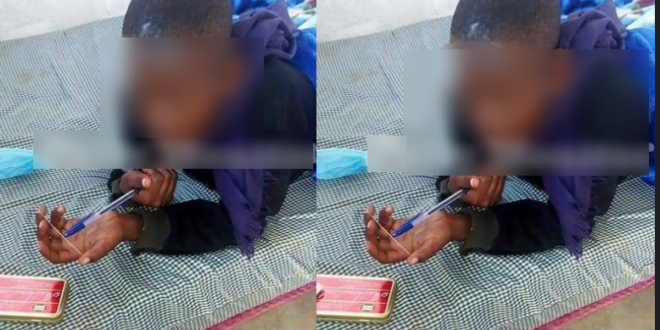 According to Ugandan news reports, a 13-year-old primary school girl gave birth to a boy during the ongoing Primary Leaving Examinations in Mpigi District during the Mathematics test.

As per the school’s headteacher, Mr. Godfrey Ssema, the girl experienced labor pains when taking a Mathematics test.

“After 20 minutes, she alerted the invigilator who called colleagues and rushed the girl to a nearby medical centre,” Mr. Ssemanda said.

The clinic’s nurse, Ms Goreth Mirembe, said that after assisting the girl with her delivery, she was taken back to the school to finish her paper in an isolated area.

According to Mr. Ssemanda, the invigilator gave the girl an additional 45 minutes to complete the test.

The girl’s parents blamed their daughter’s pregnancy on last year’s Covid-19 lockout, according to Daily Control.

“She was enticed into conjugal acts by a certain boy during the Covid-19 lockdown when they were not going to school,” one of the parents said.